We’ll be going over all of our kickstarter updates.

May 2014 Kickstarter Update #3. This is when it was just Tyrell, me, Ricky and Mark.
We also brought on a tile artist, Hannah, and someone to do sound effects, Zach.
Chris is still a student so we don’t know how things will pan out. We hope to keep him on board!
[su_divider top=”no” style=”dashed” size=”1″]

We are sorry for the lack of updates, but a bunch of things went wrong with the emergence of our second attempt at a Kickstarter campaign. Some things did not come together like we thought and some things have. That in no way deters our optimism and will to get our game funded. We feel we have a really great game and will do everything we need to in order to make this happen.

At this time we need our backers to really support us. We have plenty of time to really make a turn around. We need everyone to like and share the link with family, co-workers, anyone you think would be interested. The more the better! We have worked really hard on this and it would really hurt to try this for a 3rd time.

We are a husband and wife indie team that met in college. Our passion for game creation has led us to achieve the level of quality and presentation that we believe you need to make a commercial game. We feel that we have one of the best Indie JRPG’s on the market.

We have recently started a Reddit thread and a lot of great questions have come up that we would like to address; those are mainly about the battle system and story. A lot of questions have come up about the speed and camera of the battle system. This is something that most have only seen in videos and gifs. Battles play out fairly quickly. The camera movement is a lot less disorienting than perceived from the demonstration. Although it may seem dragged out and extended, the battles play out fairly briskly. The camera will hopefully feel as much of a natural thing to the player as it does to us.

Someone also stated that 12 characters may be a bit much. The story will be centered on 3 main characters: Sen, Jynx, and Jagen. Everyone else would be considered the supporting cast, each of which will have their own distinct playing style and back story.

In the demo it will just be the basics. We will be showing what we have done. We have tested different ways we can have characters behave in battle. Our goal for the battle system is for the player to add the characters in their party that are more tailored to their play style. I even want to give a bonus to a party with certain members in it, similar to the X-Men Legends/Ultimate Alliance series.

I had gotten the idea from Tales of Vesperia. I noticed a lot of people saying how Karol was such a useless character. He actually fit my play style. Although he was slow, he could do so many things to benefit the party, and he was a bit of a tank. He also had mighty charge which I believe was unique to him.

To give a more detailed explanation of what I mean, let’s say there is one character that is quick. You would use more of a timed button press similar to Legend of Dragoon style of combos. Then you would have another character that is slow, but has more brute strength. We could make that particular character have you hold the button and let go at a certain point for accuracy and power. If you have a magic user, we would do something similar to Rita in Tales of Vesperia in which you tap the button in order to cast faster. There will be a window of time to increase the difficulty but I want to make it in a way that you will not be wrecking your keyboard or controller.

The next update is coming soon. We want everyone to know that we are not giving up and that we are going to try to get more main stream exposure. Our game is so good it deserves it. We believe that wholeheartedly and if we didn’t there is no need for us to be here. Lets get Demon’s Revenge funded so we can put it in all of your hands as quick as possible.

Other Kickstarters we think is great 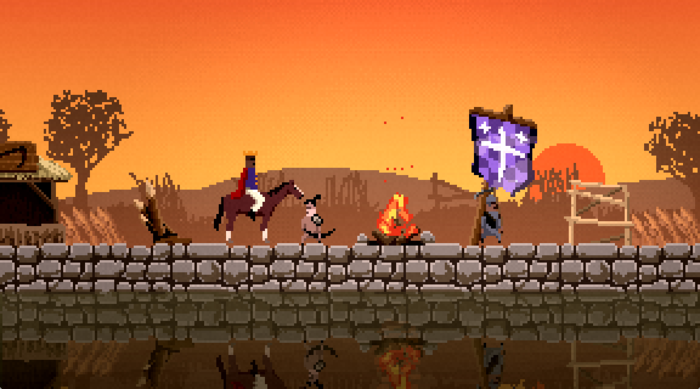 Kingdom is a minimalist atmospheric exploration/strategy game. Is a sequel to the game of the same name. Pretty retro sprite style with a sort of Game of Throne’s feel with some pretty cool exploration.