We’ll be going over all of our kickstarter updates.

In this update, we talk more about the conflict between the humans and the jehts, and examine how some bonds can still be forged through such adversity.

Jehts are beings more suited to living off of the land as opposed to building communities and technology to sustain themselves. They have adapted themselves to almost every disease and poison that Hasphal could throw at them. Jehts are strong, durable, and fast they have adept senses, far superior to humans. Depending on what part of the world they are from, jehts generally have different abilities and are a diverse race of creatures.

War was not a part of the jehts culture or vocabulary until the humans came. Disputes were settled between the jehts and their rival brothers through rigorous games and challenges. Humans brought hate when they descended down upon them, as jehts may say. Forcing them into becoming the raging beast the humans labeled them as.

Now lost into the cold, dark, and harsh regions of the world, jehts wait and prepare until the day they can rise up and claim the land that was once theirs. In order to do that they have to become the enemy, learn the ways of war, and take back what is rightfully theirs.

Zone is a jeht and is pretty much the image of how most hasphalians see them. Zone is very quiet around hasphalians, being driven to a life of running from those who hate him. For more info on Zone you can visit his page on our website.

In Zone’s youth, he ran with a pretty disreputable jeht named Zorpel. Treasure hunting and adventuring was all that was on his mind. He never thought about the hurt and pain he caused. Never gave a second thought to the people and places he destroyed and raided while looking for something Zorpel called the “Dried Tear’. Something he claimed could give them immense power and the ability to travel to other worlds. Sick of the humans apparent dominance over his people, Zone wanted this power and at the time, never let anything get in his way of such a power.

Zone would come to build great regret from the pain he had caused in his campaign to find the artifact. So much so that he and Zorpel had a falling out. Zone would travel on his own, looking for penance within himself, and in some ways penance found him. Ambushed and imprisoned by the ridders, Zone was taken to the most secure prison on Hasphal the Ridders’ Headquartes, where no jeht has been known to escape alive. This was not the penance Zone had in mind, but perhaps what he had deserved. Zone would sit and rot in the headquarters. Silent and in deep thought about everything that had led him his current incarceration.

Time would pass and Zone would soon lose hope for anything outside the prison he had dwelled in for so long. A familiar face would sweep across his prison door. Startled, but with a look of hope and despair he uttered out the words “You.. Boy” The man would turn around with a raised eyebrow and a look of disbelief. He busted Zone out and with a similar tone, but with less grace and eloquence the man said “Boy, how the tables have turned.” Zone would come to know the man’s name as Zieg and nothing more. They escaped the headquarters and Zone said nothing. He could not comprehend what he needed to do with his life, he made promises to himself and promises to the people whose lives he hurt. Could he undo the wrong he had done or would he succumb to the consequences of his past. 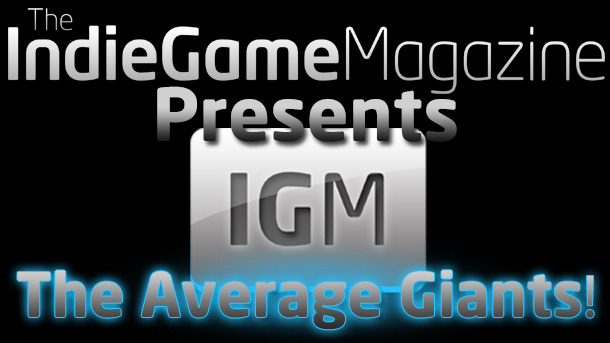 We are doing a stream with Average Giants today 9pm eastern on Hitbox! If any of you would like to chat with us and ask us any questions please come join us, it will be a lot of fun. I am really excited about it, this time I get to be more calm because it will be my second time on the show. If you want to really see how excited I am for this game this will be the show to watch.

Do not forget to spread the word and pledge. If there is anything else you would like to learn about CT: Demon’s Revenge, let us know so we can include it in other campaign updates.

Thanks for reading this guys.